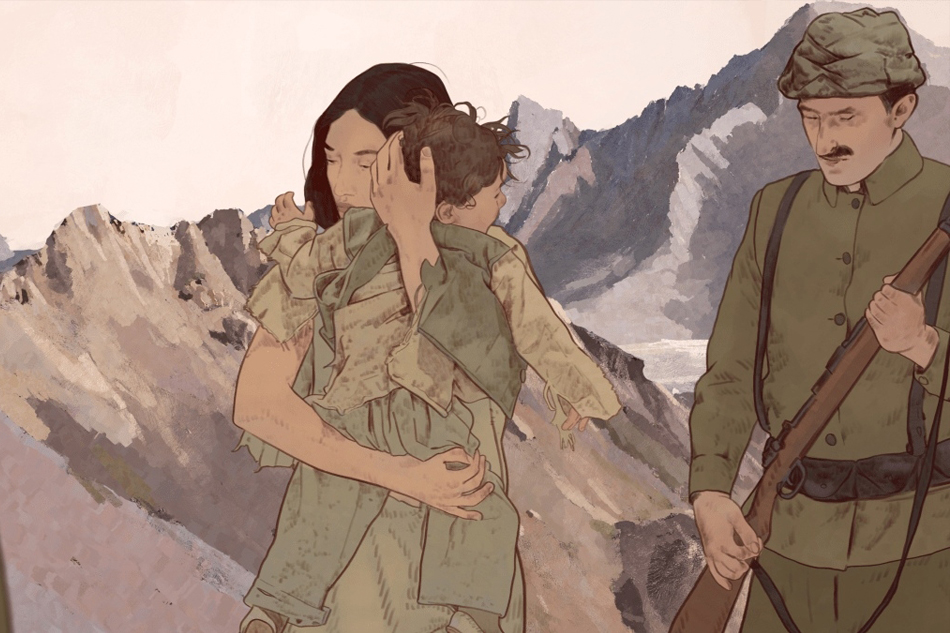 Inna Sahakyan’s animated documentary, integrating pieces of Aurora Mardiganian’s harrowing account–and lost 1919 film adaptation–of surviving unspeakable horrors as a teenager during the 1915 Armenian Genocide, shares one woman’s incredible courage, and how telling, and retelling, such a painful story is the strongest step forward a person can take.

Two years of horror and tragedy, first detailed in a 14-volume newspaper feature that became a novel, and then a silent film-all in less than two years-that suddenly disappears, only to resurface 70 years later with only 18-minutes of the original full-length feature intact.

But it’s those 18 minutes of black and white footage, partnered with archived interview recordings and lots and lots of animation, now make up Inna Sahakyan’s retelling of Aurora (Arshaluys) Mardiganian’s story.

Sahakyan says that Aurora’s testimony, which was five hours long, stood out from the other 100 survival stories she has listened to, with Aurora’s story harboring an “interesting strength to it, showing Aurora’s character and amazing destiny.”

Sahakyan hopes that Aurora’s Sunrise’s impact is three-fold: that it sparks a love for Armenia even in those who have no previous connection to the country; that the love ignited will give way to sincere anger for what the country has endured; and, finally, that this love and righteous anger will prompt a desire to make change happen so Armenia can have a permanently bright future that’s long overdue. “I never knew much about Aurora’s story, but I want others to know. Maybe then history won’t repeat itself”, - Sahakyan says.

For the full article: