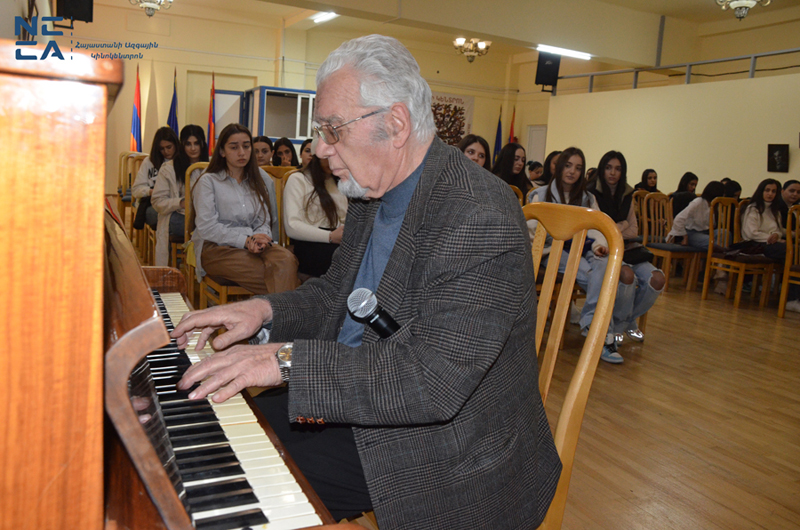 2022 is the 95th anniversary of the most recognized names in the national cinema - a film director, screenwriter and actor Frunze Dovlatyan.

On this occasion, a commemorative event was held by the joint initiative of the National Cinema Center of Armenia and Yerevan State University’s "Charles Aznavour Cultural Center". A meeting with a film critic and novelist Davit Muradyan and composer Martin Vardazaryan was organized during the event. Аccompanied by live music, Martin Vardazaryan shared memories about F. Dovlatyan, who had been his longtime colleague and friend. Davit Muradyan familiarized the students with a story of Frunze Dovlatyan's great talent and success, highlighting the great charisma of Dovlatyan's films and their potential to grab the audience.

At the end of the meeting, the director's film Live Long was screened for the students. This film holds a unique place in the film heritage of Dovlatyan's late creative period.