The film Frunzik Mkrtchyan. India remembers me hosted in town of Kajaran 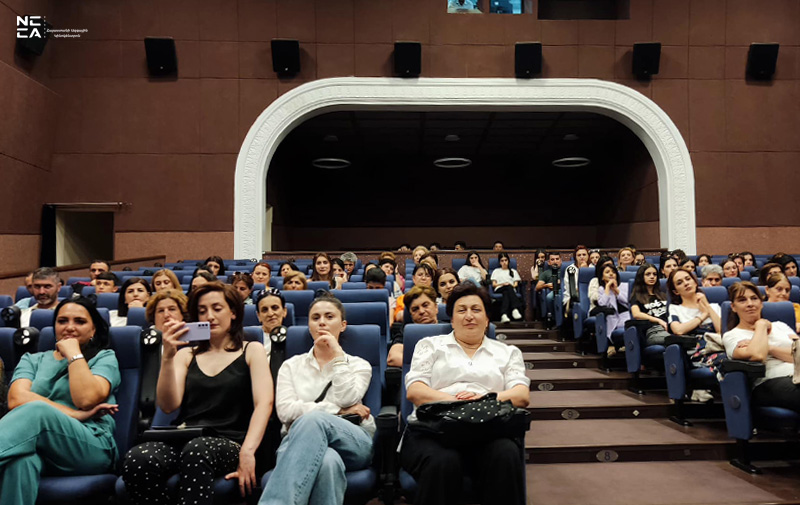 Mher Mkrtchyan - the great artist, who enjoyed nationwide love and appreciation, passed away 29 years back, however, his talent and memory continue to bring together different nationalities, whose culture and cinema are directly related to the beloved actor. On August 11, the screening of the documentary film Frunzik Mkrtchyan. India remembers me took place in the Kajaran Cinema on the initiative of the Cultural House of Kajaran and the film’s creative team. Prior to the screening, an exhibition of the artist's archival photo collection was organized in the cinema lobby, accompanied by a concert program.

The documentary film is co-produced by the founder of the Chamber of Cultural Relationships of Georgia and India (NPLE) Mr. David Bejitashvili, Co-Founder and President of Indo-Armenian Friendship NGO Mr. Rananjay Anand, and the film director Mr. Otar Mikeladze. The event was carried out with the support of the Zangezur Copper and Molybdenum Combine (ZCMC), the Cultural Palace of Kajaran, the Ministry of Education, Science, Culture and Sport of Armenia and the National Cinema Center of Armenia.

The film, which is a sincere confession of love and memory towards the great artist, was warmly received by the audience, which only reconfirmed the fact that culture is capable of breaking all borders between nations; and even now the image of the beloved actor helps consolidate friendship between Armenian, Indian and Georgian people.

The screening of the film was held with the support of the Zangezur Copper and Molybdenum Combine (ZCMC).