Meetings in Gyumri ahead of the 100th anniversary of Armenian cinema 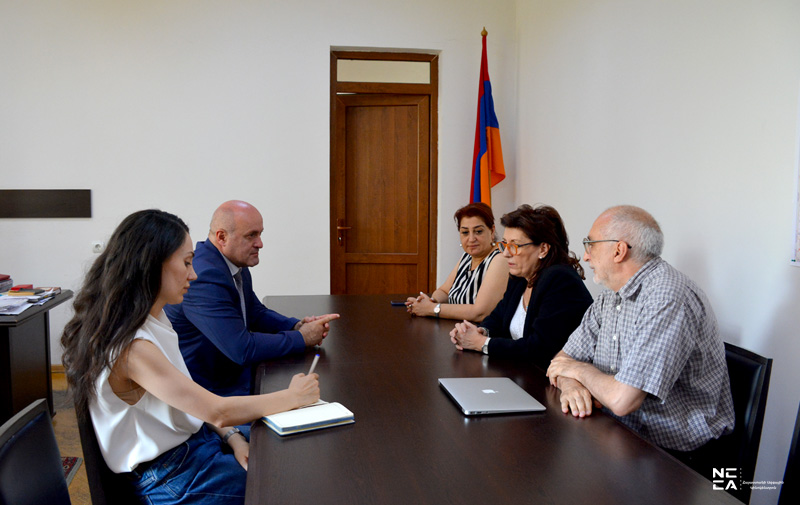 On August 2 senior executives of the National Cinema Center of Armenia, headed by director Shushanik Mirzakhanyan, visited Gyumri to meet with the Deputy Governor of Shirak Province Karen Manukyan and the Mayor of Gyumri Vardges Samsonyan.

At the meeting a list of commemorative events, initiated by the Cinema Center for the 100th anniversary of Armenian cinema was presented.

A preliminary agreement was reached, regarding programs and activities to be implemented next year in Shirak Province and town of Gyumri, in particular. The launch of programs is scheduled ahead of the 100th anniversary of Armenian cinema and will bear ongoing character.