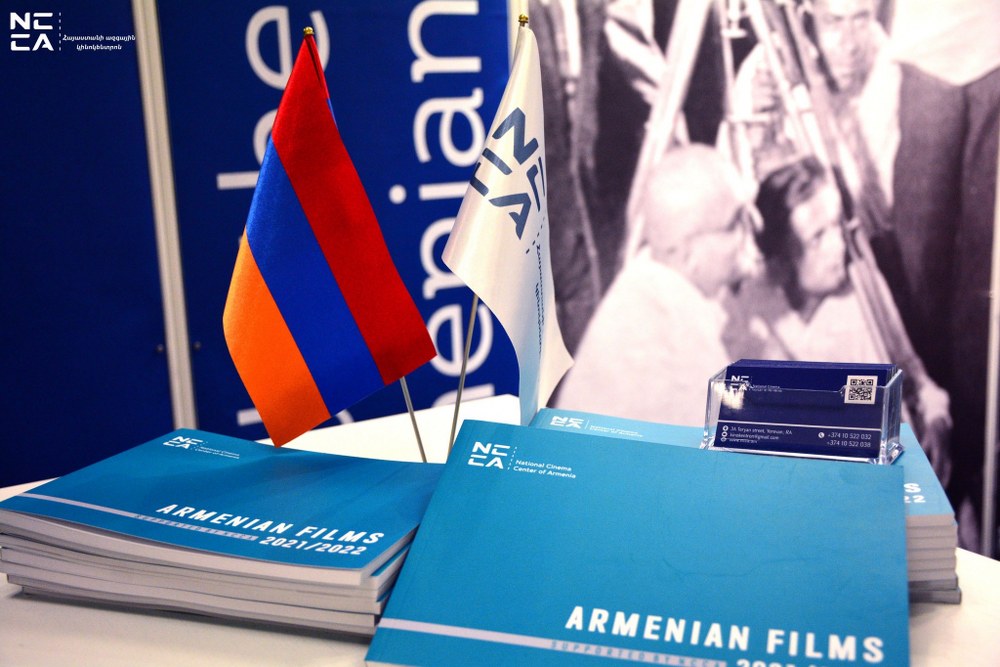 The counterpart to the Cannes Film Festival since 1959, this year Marché du Film kicked off on 17 May (Marche du Film, 17-25 May, 2022). It is one of the world's largest film markets for acquiring international partners for coproduction, establishing and strengthening official relations with various foundations, institutions and organizations in the film industry, promoting audio-visual arts and seeking funding for film heritage restoration.

At Marche du Film, the delegation of the National Cinema Center of Armenia conducted a series of crucial meetings, which resulted in a number of important agreements, especially regarding the programs to be implemented within the framework of the 100th anniversary of Armenian cinema in 2023 and aimed at preservation, restoration and dissemination of Armenian film heritage.

In order to present Armenian films and projects in the film market, the National Film Center of Armenia released the interactive catalog of "Armenian Films Supported by NCCA  2021/2022", which includes feature, short and animated films and film projects at the stages of development, production, post-production and distribution. Along with it the National Cinema Center of Armenia also joined the Marché du Film’s with an online pavilion, which in separate sections presented basic info on NCCA, films financially supported by the NCCA, sights and film locations in Armenia, the NCCA film heritage preservation activities etc.

On May 19 the traditional Happy Hour reception was held in the Armenian Booth in the presence of Mrs. Hasmik Tolmajyan, Ambassador Extraordinary and Plenipotentiary of the Republic of Armenia to France, and Mr. Samvel Lalayan, Consul of Armenia in Marseilles. It was a crowded event hosting partners, representatives of international organizations and funds, as well as industry representatives from different countries. The choice of the date for the Happy Hour event was symbolic as May 19 marked the 130th anniversary of the establisher of Armenian cinema Hamo Beknazaryan, so that was the reason of the choice made.