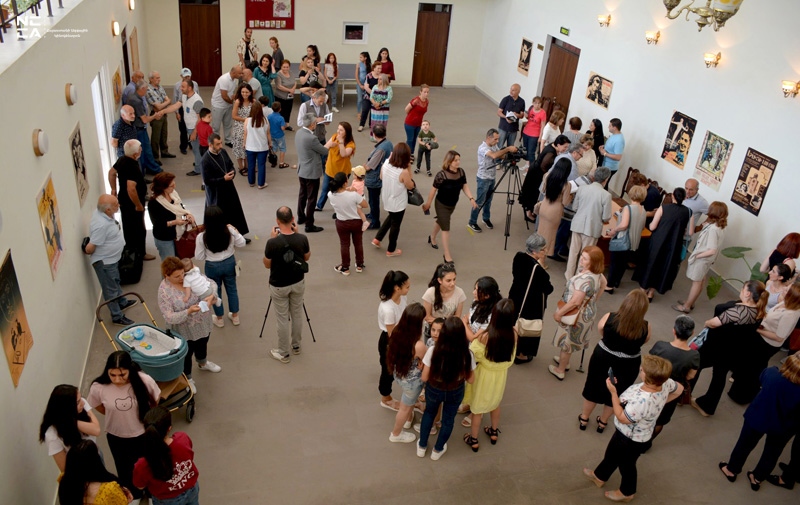 One of the events dedicated to the 100th anniversary of the great Armenian cinema master Yuri Yerznkyan, took place in the Yerznkyan’s family birthplace from July 1-3 in Haghpat, Lori region.

The exhibition of Yerznkyan’s films’ posters, which he made in different years, as well as the presentation of the book "Yuri Yerznkyan" were held in the lobby of the Haghpat House of Culture on the first day of the event. A documentary If you happen to come to us to Haghpat and a feature film This green red world were screened within the framework of the event. RA MoESCS Deputy Minister Ara Khzmalyan, Yuri Erznkyan’s daughter and cinema critic Aneta Yerznkyan, cinema critic Davit Muradyan, This Green Red World feature film actors Sofik Sargsyan and Hakob Azizyan gave speeches. Alaverdi Community leader Sasun Khechumyan also attended the event.

On July 2, Yerznkyan’s archival photos and the feature film Rings of Fame were programmed to be shown on the big screen in the Haghpat House of Culture; in the evening the feature film Khatabala was displayed in the "Kefo" hotel complex.

On July 3, the last day of the event, the feature film Khatabala was shown at the Alaverdi House of Culture, followed by speeches given by film critics Aneta Yerznkyan, Davit Muradyan, actors Sofik Sargsyan and Hakob Azizyan.

The event was undertaken with an aim to contribute to the revitalization of cultural life, the development and dissemination of national cinematographyin the regions of Armenia.

The anniversary celebration was carried out by the National Cinema Center of Armenia upon the initiative of the RA Ministry of Education, Science, Culture and Sport.