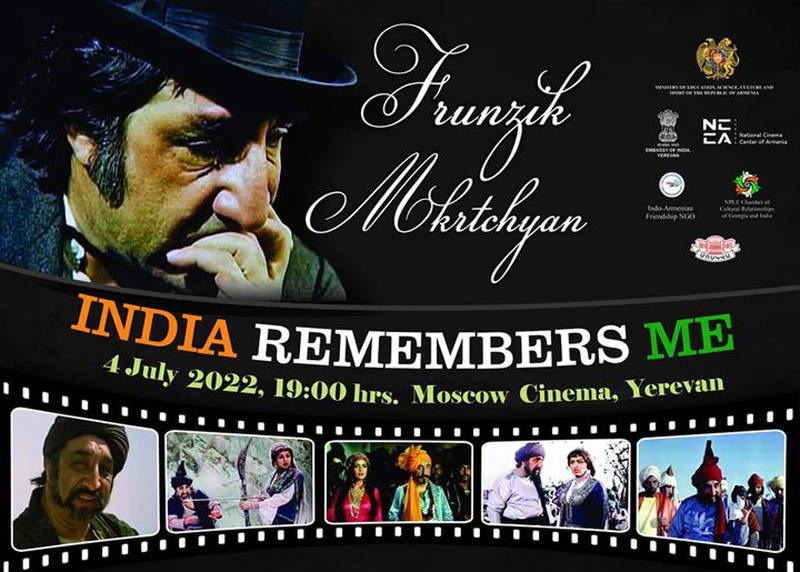 The screening of a documentary film Frunzik Mkrtchyan. India Remembers Me (English and Russian subtitles) will be held at the Moscow Cinema, July 4, 19:00. Prior to the screening, an exclusive photo collection of the famous actor will be exhibited in the lobby of the cinema.

The event is dedicated to the 30th anniversary of the establishment of diplomatic relations between Armenia and India and is dated to F. Mkrtchyan՛s birthday. The documentary film was jointly produced by the "Indo - Armenian Friendship" NGO and the "Cultural Chamber of Georgia and India"; founders - Rananjai Anand and Davit Bejitashvili; the film director is Otar Mikeladze.

The event is supported by the Ministry of Education, Science, Culture and Sport of the Republic of Armenia.