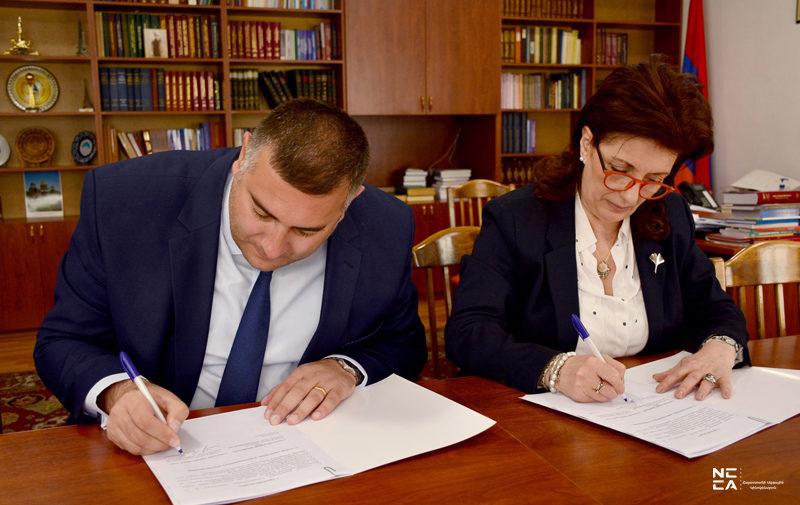 According to Director of the Cinema Center Shushanik Mirzakhanyan, prior to embarking on celebration activities for the 100th anniversary of Armenian cinema, the cooperation will start with the restoration and digitization of the Armenian film production dating from the beginning of the last century- Hamo Beknazaryan's silent films. A large amount of important work is expected; thus, signing of the Memorandum will surely contribute to that initiation.

Grigor Arshakyan emphasised on the fact that thousands of materials stored in the Film and Photo Archive need serious research and popularization. In favourable circumstances, the material preserved in the Archive must be assembled and categorized and this goal is of state importance; so, in this case the intentions of the two state organizations completely coincide.

To commemorate signing of the Memorandum, the director of the National Archive Grigor Arshakyan granted a copy of the “Decision to establish Armenian Cinema” (16 April, 2023) to the National Cinema Center.

At the occasion of signing of the Memorandum those were present:

Representing the National Archive's branch office for Cinema-Photo-Phono-Documents and Insurance Copies of National Archives of Armenia: Head of the Branch Avag Harutyunyan.