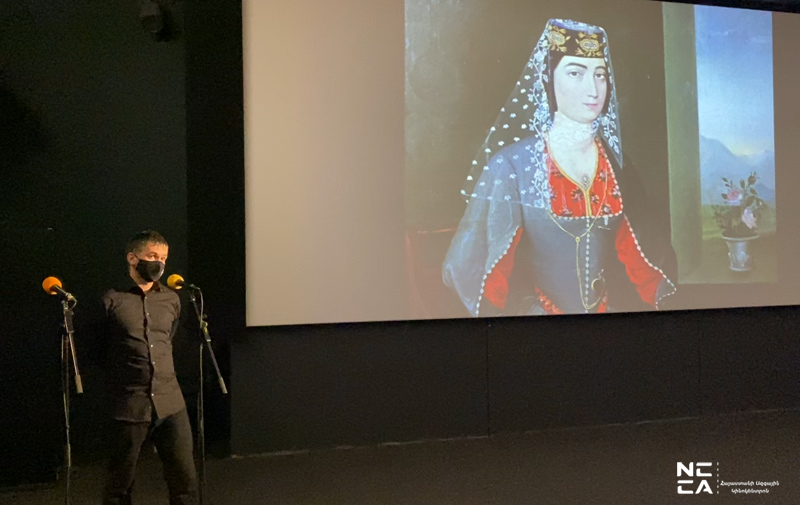 On December 15, at the Pompidou National Museum of Moder Art, the ceremony of donation of the new 35mm copies of S. Paradjanov’s restored "Triptych" ("Kyiv Frescoes", 1966, "Hakob Hovnatanyan", 1967 and "Arabesques on the Theme of Pirosmani, 1985) to the Centre Pompidou took place. It is noteworthy that Parajanov's "Hakob Hovnatanyan" (1967) is the first Armenian film to be included in their collection.

On the same day, the screening of the mentioned films took place in the hall of the National Museum of Modern Art (Musée National d’Art Moderne) in the Centre Pompidou. The opening speech was delivered by the Director of the National Museum of Modern Art Mr. Xavier Rey. The Ambassador of Armenia to France Mrs. Tolmajyan made a welcoming speech. The whole process of restoration of Parajanov's three shorts was presented by the National Cinema Center’s partner and curator of "Classics of the Armenian Cinema" project, the film preservationist Mr. Daniel Bird. The event was attended by the director of the National Cinema Center of Armenia Mrs. Shushanik Mirzakhanyan and the representatives of the France branch of AGBU (The Armenian General Benevolent Union).

The screening of the films took place in a warm atmosphere, even under the epidemic conditions all tickets were sold out, so the hall was completely full.

The films were restored within the frames of "Classics of the Armenian Cinema" project by the National Cinema Center of Armenia and the Hamo Bek-Nazarov Project. The restoration was sponsored by Fixafilm and Kino Klassika. Printing of the new 35mm copies of the restored films was sponsored by the Armenian General Benevolent Union for permanent archive collection at the National Cinema Center of Armenia, Pompidou Center, the Museum of Modern Art in New York (MoMA), Dovzhenko Center and Georgian Film Studio.