"Gate to Heaven" recognized the best in four nominations 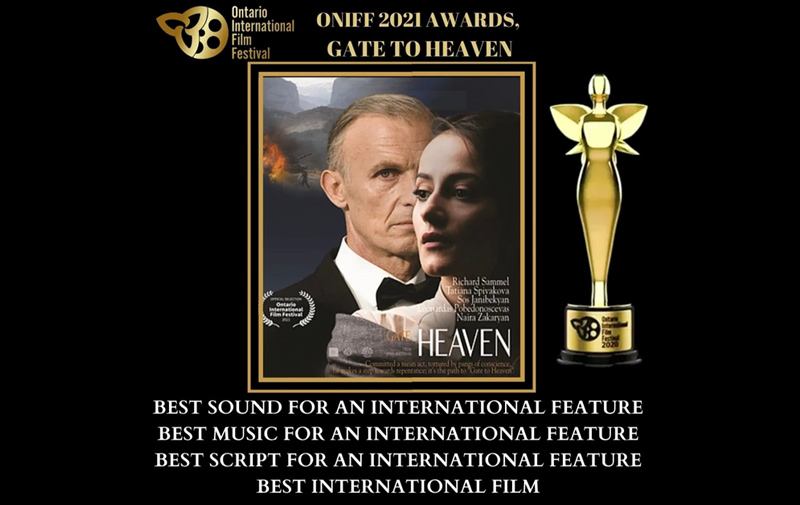 After a long wait, the premiere of "Gate to Heaven" took place on 17 September at the Alex Theatre in Los Angeles with hundreds of viewers, which gave start to upcoming international screenings of the film. According to the film director "Gate to Heaven" gives a view from the outside on Artsakh. After the American premiere, the film was screened in Ghent, Belgium: the US screenings embraced Detroit, St. John's Church in New Jersey on (October 8) and the West Newton Cinema in Boston (October 10). On 15 October, under the patronage of the Ambassador of the Republic of Armenia to Canada Anahit Harutyunyan, the Canadian premiere of the film took place at the York Cinema in Toronto. The screenings of the film at Montreal’s Cinémas Guzzo’s MégaPlex Sphèretech cinema hall also took place on the same day.

It is worth mentioning that due to the large crowds of viewers, the screenings of the film at Cinémas Guzzo were doubled. The film was shown at the Holy Cross Church in Washington DC (October 24), in Sacramento (October 27), and at the Elmwood Theater in San Francisco (October 28).

The film’s cast includes Richard Zamel from Germany, Tatiana Spivakova from France, Leonardas Pobedonoscevas from Lithuania, Naira Zakaryan from the USA, Sos Janibekyan from Armenia and other popular actors and actresses from Armenia and abroad. The shooting took place in Artsakh and Lithuania.