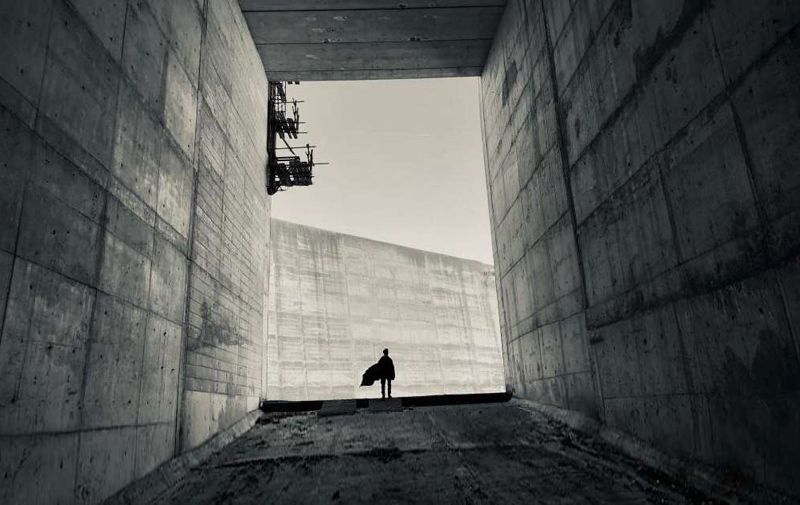 We are happy to inform that after a long wait, shooting of the full-length feature film FORTRESS (director Jessica Woodworth, Armenian co-producer Angela Frangyan) has kicked off in Sicily, Italy. The film is a co-production between Armenia, Belgium, Italy, Bulgaria and the Netherlands.

It deserves to be mentioned that Armenia has had both financial and creative participation in this project - the film received financial support from the National Cinema Center of Armenia, also an Armenian actor Samvel Tadevosyan has become one of the leading characters. The film also stars Geraldine Chaplin, a prominent Hollywood actress.

Angela Frangyan, the co-producer from the Armenian side, mentions, "When I was told that Jessica Woodworth was in Armenia looking for a fixer i.e. someone to accompany her and help search for locations, I said yes with no hesitation. I thought that could serve as a good opportunity to show my favorite native places to the famous film director.

Armenian locations did become an inspiration for her. Later they invited me to the Netherlands with an offer to become their co-producer despite the fact that I had no particular experience in such a large - scale project".

Jessika Woodworth remarked that all funds, they had applied, found pictures of the Armenian locations extremely appealing and they even asked for an opportunity to show up during the film shooting process - "whatever you come across in Armenia seems beyond time and place, it creates appeal and make you feel engaged".

Both the war and Covid 19 pandemic might preclude the Armenian side from joining the project, however, keeping Armenia within the project became possible due to the efforts of the Belgian and Armenian co-producers, as well as the Cinema Center, and Armenia continued its creative participation in the project despite the fact that shooting was moved to Italy.

The financial support of the National Cinema Center of Armenia granted the Armenian side an opportunity to participate in such a large-scale project; later the film also received Eurimages' financing support. This was a great experience for many small film productions in Armenia as it proved that it was possible to become a part of a huge project and have equal creative participation even with a very small amount of money.

The National Cinema Center of Armenia congratulates the film's creative team and extends its best wishes for continued success.