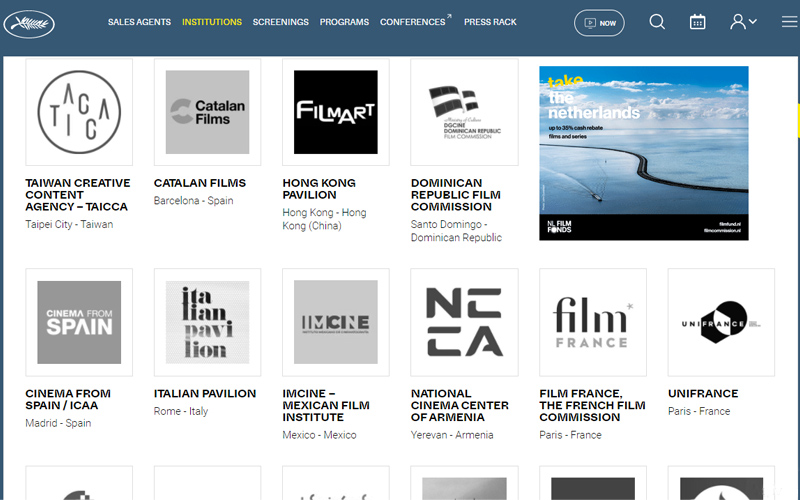 On July 6-15, 2021 the National Cinema Center of Armenia will join the Marché du Film market held annually within the framework of the Cannes IFF with an online pavilion. Marché du Film is one of the world's oldest and largest film markets dealing with films' sales and distribution. This year due do pandemic offers a hybrid mode of operation i.e. both physical and online.

In 2021 the Cinema Center came up with the decision to ensure the Armenian participation in the Cannes Film Market. This year Armenia has selected the online participation mode as due to downsides of the post war situation virtual participation proved to be more feasible. Thus, working in tight deadlines NCCA's team set about creating Cinema Center's virtual pavilion on Marché du Film online platform. The undertaking was financially supported by the RA Ministry of Education, Science, Culture and Sport.

The 2020-2021 Armenian Films Catalog lists films supported by the National Cinema Center of Armenia - overall 73 short, full-length and animated films and film projects in different production stages. Note that the catalog, specially designed for the film market, is completely interactive i.e. clicking on any film/project/festival's title brings relevant information about them.