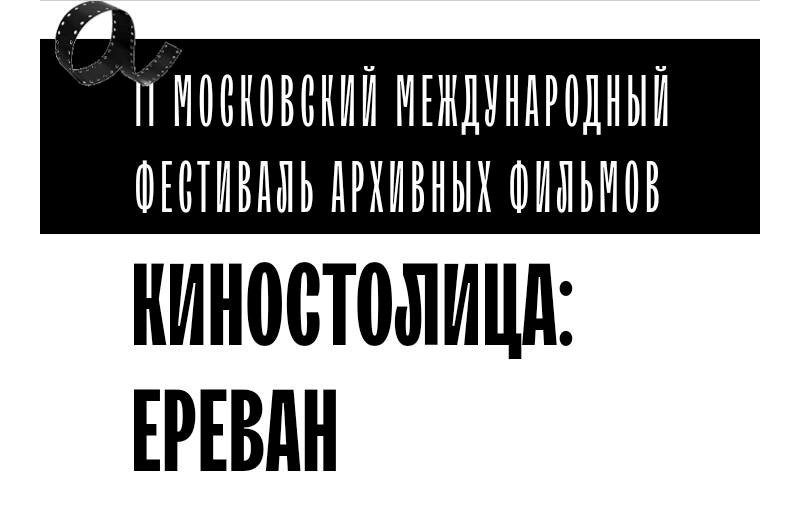 Classic Armenian films THE SONG OF THE FIRST LOVE, FATHER, THE MEN, CHRONICLE OF YEREVAN DAYS and HERE, ON THIS CROSSROADS will be screened at the 2nd Moscow International Festival of Archival Films on November 16-30, 2022.

The program was initiated by the Gosfilmofond of the Russian Federation and is implemented in collaboration with the National Cinema Center of Armenia.

The screening program will be held within the framework of “The Cinema Capitals of the World” - one of the permanent programs of the Festival of Archival Films. Based on the films of the leading masters of Armenian cinema -H. Malyan, F. Dovlatyan, E. Keosayan, K. Gevorgyan and others, it is possible to observe how the image of the ancient capital of Armenia has changed over the past century. The program is planned to be completed with the screening of Light Drops, a state-financed feature by contemporary Armenian director Arman Chilingaryan.

The 2nd Moscow International Festival of Archival Films is the successor to the “Belye Stolby” Festival held since 1957. In 2022, the second edition of the festival will be held in Moscow in “Illusion” cinema hall.