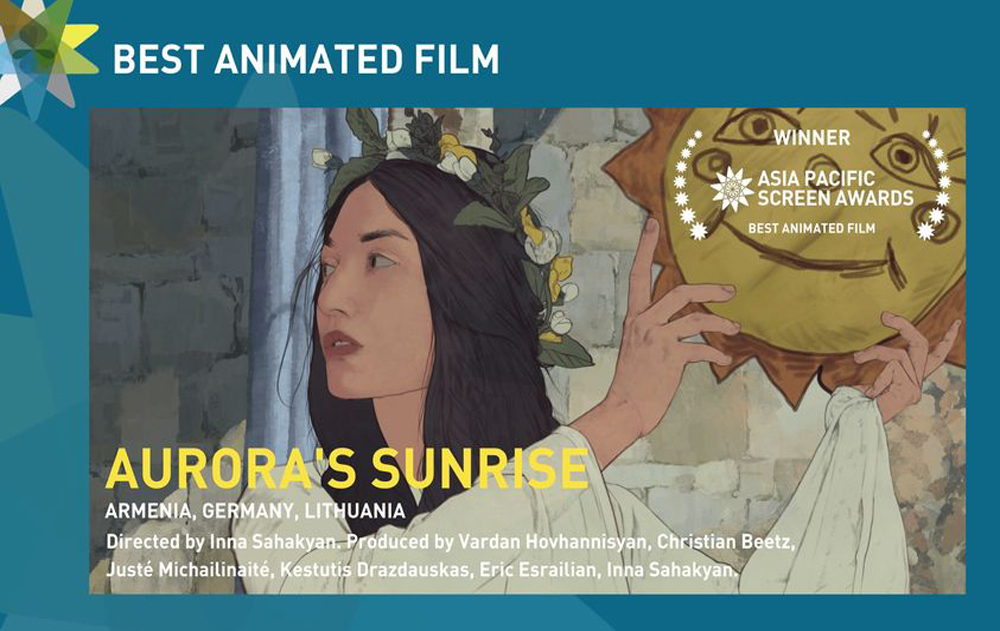 We are proud to announce that an animated documentary Aurora’s Sunrise by Inna Sahakyan is the winner of the Asia Pacific Screen Awards in the category of Best Animated Film.

We congratulate the film’s creative team and all the institutions that contributed to this film, extending our best wishes for their continued success.