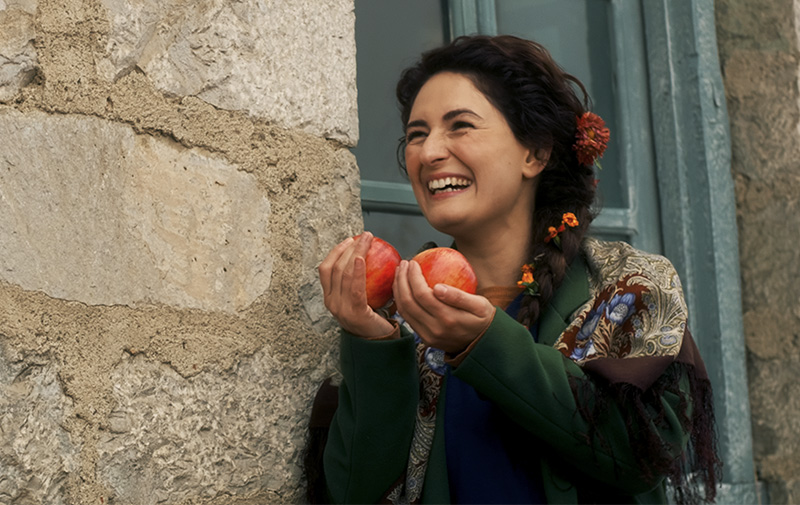 The 19th Salento International Film Festival is held in September (6 - 11) in the town of Bisceglie, Italy. The ceremonial opening kicked off with the screening of Zulali feature, directed by Hayk Ordyan.

The opening ceremony was attended by Angelantonio Angarano, Mayor of Bisceglie, Kristina Mehrabyan, Counselor of the Armenian Embassy in Italy, Shushanik Mirzakhanyan, director of the National Cinema Center of Armenia, Carlo Coppola, the founder and chair of the "Hrant Nazaryants" Cultural Center, together with representatives of the Armenian community.

Hermine Stepanyan received "The Best Actress Award" for the leading role as Zulali. Her acting is interpreted in an interesting way in the article, which you can find on the official page of the festival, which particular states, "The Zulali of the homonymous film once again extraordinary interpreter of pain and love that there are no words to be expressed but that are revealed in the looks, in the postures, in the smiles and in incomplete and inarticulate sounds or in silences full of meaning". According to Zulali's creative team, it is significant that their first victory came in Italy.