The jubilee concert dedicated to the 100th anniversary of Henri Verneuil 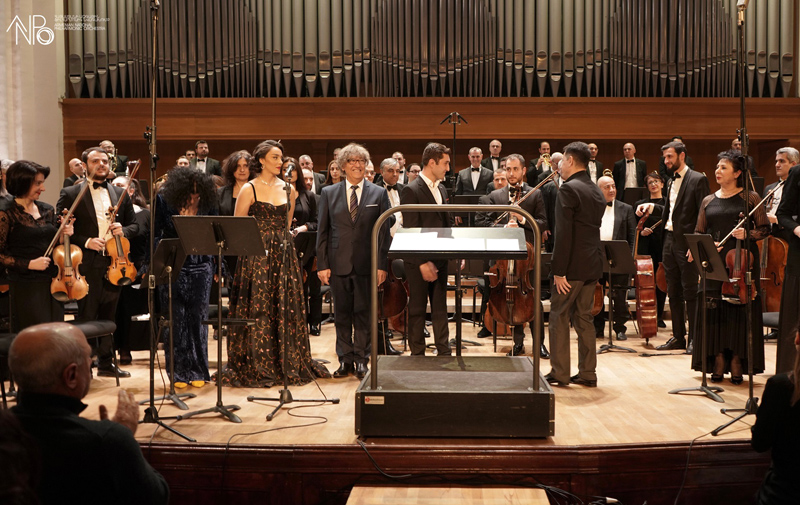 A jubilee concert, dedicated to the 100th anniversary of the famous French - Armenian film director Henri Verneuil, took place in "Aram Khachaturyan" concert hall on 5 December. The evening was opened by Vahram Dumanyan, the Minister of Education, Science, Culture and Sport of the Republic of Armenia. In his speech the Minister attributed particular weight to the merits, contribution and legacy Henri Verneuil left in the history of French and Armenian cinema. Henri Verneuil’s son-actor, director and a script writer Patrick Malakian and Jackie Nersisyan, who played Abgar’s role in the famous film MAYRIK, were among the honored guests of the concert.

The event was oorganized by the National Cinema Center of Armenia and the National Philharmonic Orchestra. It is important to note that the 100th anniversary of the famous French-Armenian film director Henri Verneuil is included in the calendar of events of UNESCO World Heritage in 2020-2021.