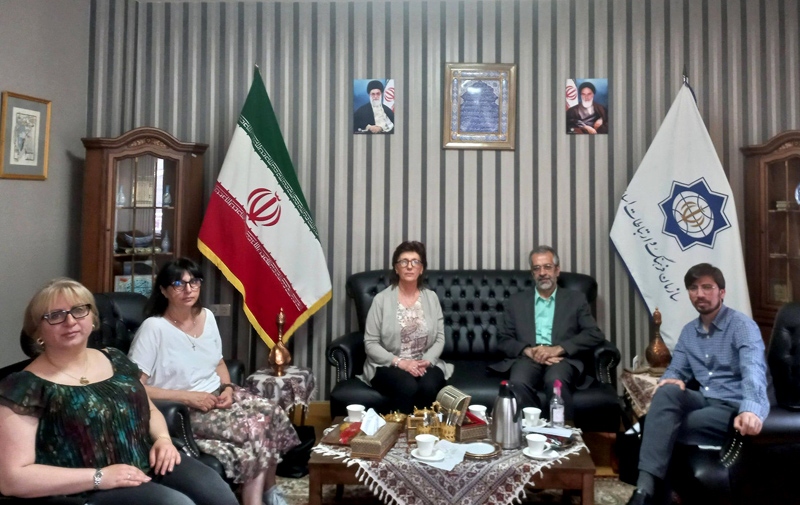 On September 23-25, three-day-long screenings of modern Iranian films will take place in Yerevan. The screenings will commemorate the 30th anniversary of the formation of diplomatic relations between the Republic of Armenia and the Islamic Republic of Iran. Along with it, several familiarizаtion and practical events will be scheduled in order to better manifest the cooperation established through the thirty-year period of diplomatic and friendly ties.

During her recent meeting at the Iranian Cultural Center in Armenia Director of the National Cinema Center of Armenia Shushanik Mirzakhanyan and Cultural Advisor of the Islamic Republic of Iran Mr. Seyed Hossein Tabatabai discussed the details of the events planned to be realized in September. Mr. Tabatabai remarked that those undertakings made a small part of large-scale programs dedicated to the diplomatic relations between the two countries. Through the negotiation the sides decided on making the Yerevan screenings of Iranian films into an annual program which would comprise various components, including joint film production and exchange of educational and professional experience. The next year a similar program Armenian Cinema Days in Iran is planned to be implemented. The sides also considered over the implementation of other joint programs in the future. Ms. Mirzakhanyan expressed her readiness to join in, noting that the National Cinema Center of Armenia had always been open for any partnership and would do its best to achieve tangible and consistent results in the future.

The road map of actions and the schedule will be set shortly; the program of the events will be finalized during the next meeting.

NB. On January 21, 2021, Director of the National Cinema Center of Armenia Shushanik Mirzakhanyan and Director of Farabi Cinema Foundation Alireza Tabesh re-signed the Agreement on Armenian-Iranian collaboration in the field of cinematography which came into force in 2017 as a part of Armenian-Iranian cultural cooperation. The Agreement envisages various areas of cooperation: contribution to the preservation of film heritage, creation of film programs for kids and youth, development of joint film production, implementation of bilateral educational programs, formation of the Armenian-Iranian film market, film distribution and participation in bilateral festivals.