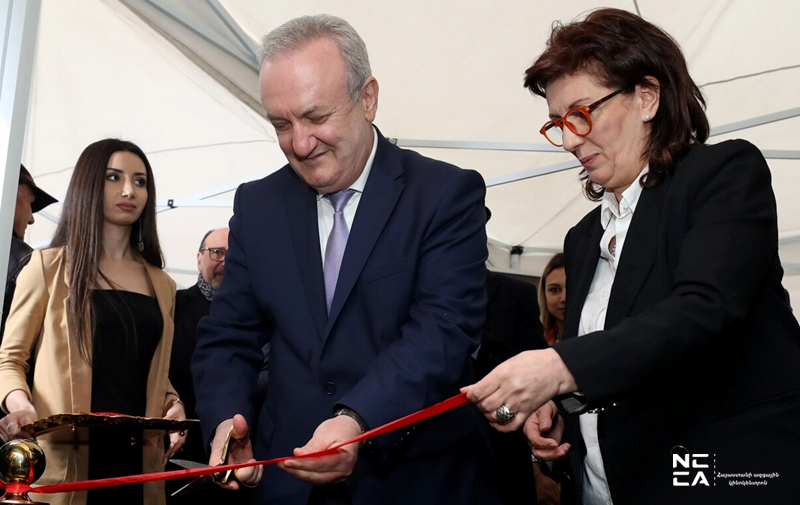 Director of the National Cinema Center Shushanik Mirzakhanyan with delight remarked in her speech that after a long period of renting unfitting premises the Cinema Center finally “returned home”. “This is a historical site and it is by chance that we are here today as in 1928-1929 a pavilion, considered the third largest in the territory of the Soviet Union, was built here. “I would like to mention that no investment has been made in this site for years. In particular, I would like to express my deepest gratitude to the Chief of Staff to the Prime Minister Mr. Arayik Harutyunyan, the Minister of Education, Science, Culture and Sports Mr. Vahram Dumanyan, the Deputy Minister Mr. Ara Khzmalyan, and all those who always supported us on daily basis and thanks to this support we could return to our historical place, which is now completely renovated and furnished," said Shushanik Mirzakhanyan.

The Chief of Staff to the Prime Minister Arayik Harutyunyan congratulated everyone, noting that the creation of infrastructure is a very important condition, however, the content is more significant. "Every day makes us feel increasingly confident that we are creating better content in this field with infrastructure as a necessary and mandatory condition for good content. "It will be a unique impetus for the implementation of projects with even better content, in particular, in cooperation with international partners," he said.

The Deputy Minister of Education, Science, Culture and Sports of RA Mr. Arayik Khzmalyan in his speech mentioned that this event came to prove that the Government displayed serious attitude towards the sphere. In his words, during the last two years, unprecedented financial allocations were made to our cultural institutions, theaters, concert halls and this time to the Cinema Center. From now on, the National Cinema Center of Armenia will continue its activities at its legal address, TERYAN  3A street anticipating new projects, new perspectives and new achievements.